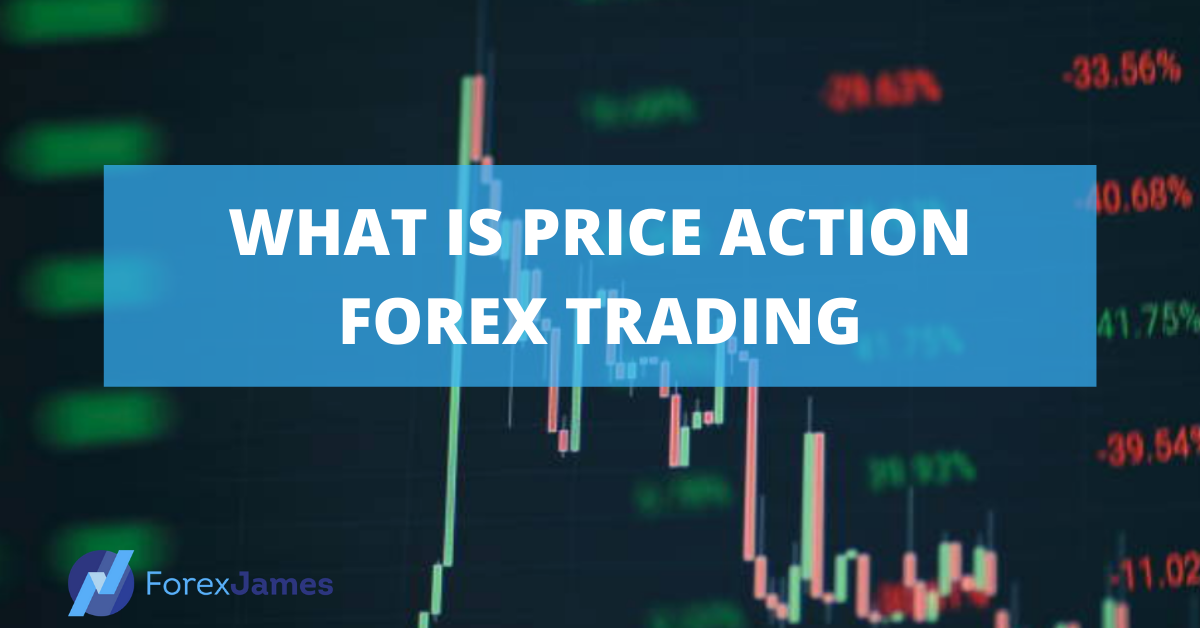 WHAT IS PRICE ACTION FOREX TRADING?

A typical trader would start his quest in looking for the best trading system out there, and may have come across this term at some point in their search. Forex price action, scalping, fibonacci systems, news trading, harmonic patterns, grids and martingale systems, trend line break systems..it’s just some of them.. sounds familiar? 😉

Price action seems to be talk of the successful traders out there but I could never figure it out initially. There isn’t one definition of it, in my opinion, but rather a term derived by traders who have stripped off all their indicators, leaving only price on the chart. Indicators can’t forecast or predict the future, it simply follows price. Data that is read is then printed on these lagging indicators.

Years ago when I wanted to learn about forex price action trading, I was confused on where to go. There are too many sources on the internet and threads on forums such as ForexFactory.com and speakers on FxStreet.com but I just couldn’t stick to one mentor or source. I figured I need a system that will work for me only and therefore learned it the hard way through trial and error.

In my definition, it simply means the study of price movement against time. Having too many indicators may give you mixed signals for confirmation which only leads to confusion. Understanding price action certainly gives me an extra edge in the markets, hence the saying that price is the only leading indicator. 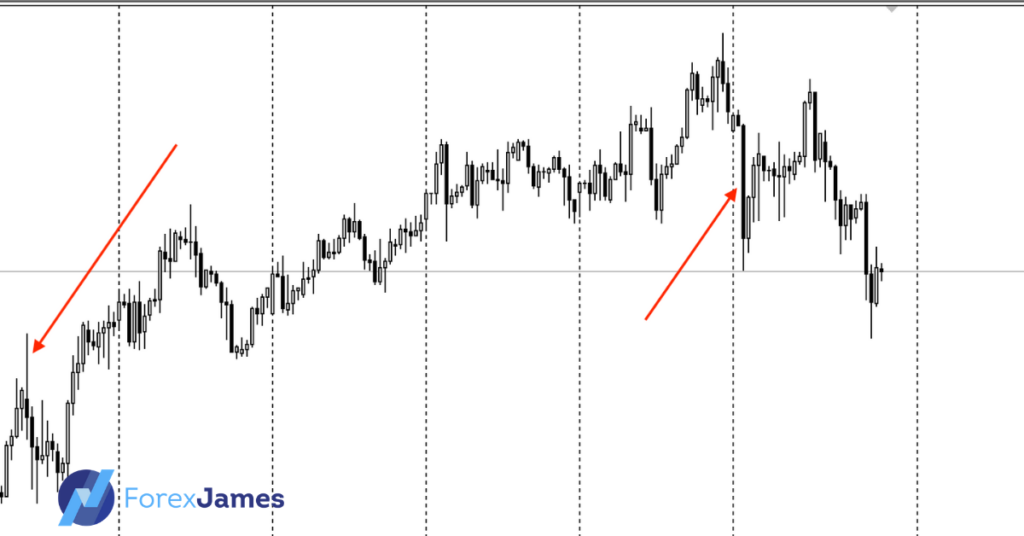 When we only have two directions in the market, up or down, we need as much data/clues to tell us which of the two is more likely to happen. I use price patterns and an indicator to tell me that. Patterns (triangles, wedges, head & shoulders, diagonal ranges etc) are typically divided into two types: reversal patterns and continuation patterns. These would be combined with the direction bias on the higher time frames to make better decisions and judgement. Also keep an eye of candlestick formations such as long wicks, big bodies and where it closes. This tells us a lot on the battle between the buyers and sellers.

KNOWING YOUR LEVELS IN PLAY: 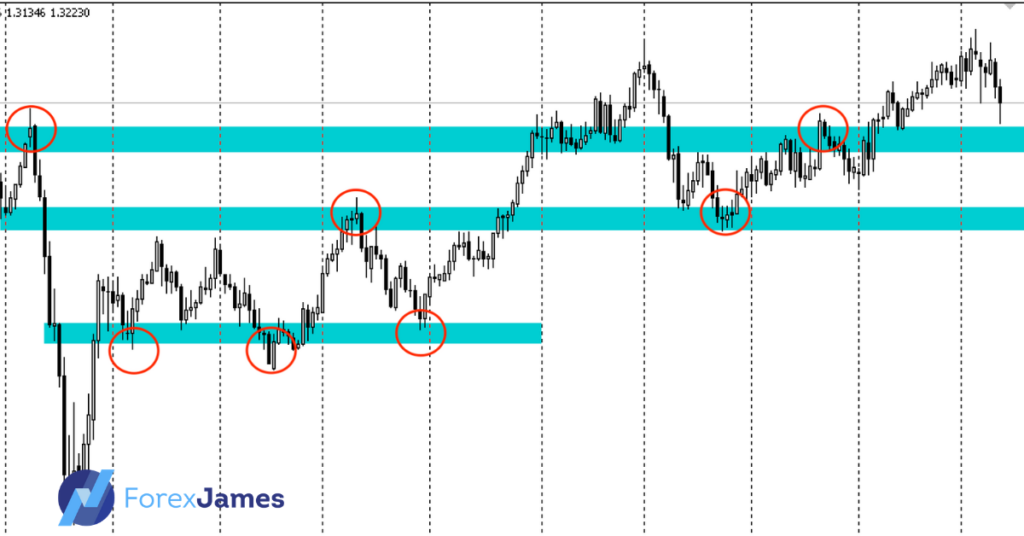 Supply and demand, drop base drop, drop base rally, rally base rally and rally base drop. Some may call it support or resistance, different terms but the same ideology. I treat them the same and for simplicity’s sake I just call them levels. Levels are liquid areas of the chart where price is attracted to. It’s a point in the chart where most traders place their stop loss which are essentially pending orders. 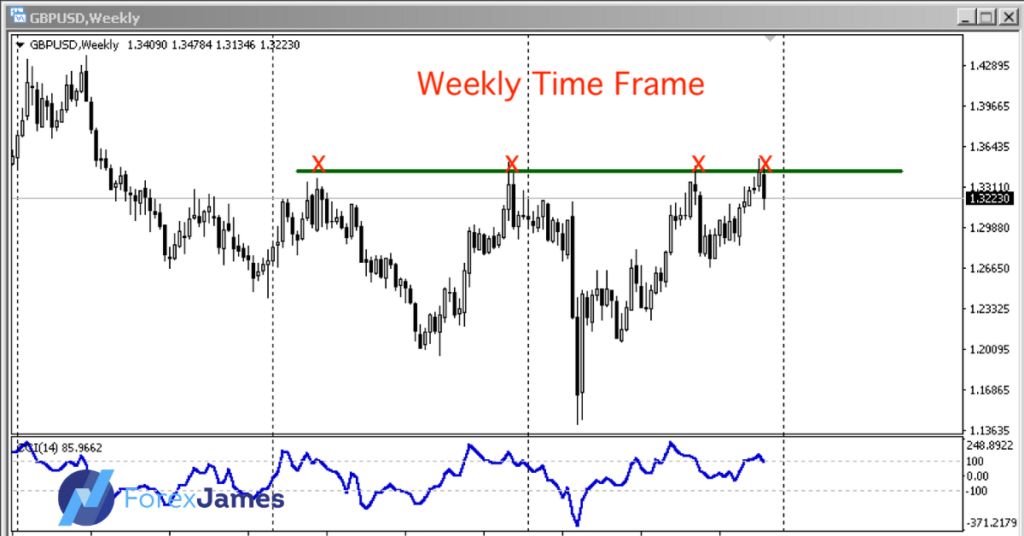 Remember that price moves in fractals. The same pattern that you see on the M5 chart may appear on the H4 chart, the only difference is the time it needs to play out. One candlestick bar takes five minutes to form and the other four hours. Most patterns will play out accordingly so knowing where you are in the bigger picture will put you in the right perspective. I look at the Weekly, Daily, H4 and H1. I need to see what each time frame is telling me, before deciding on becoming bullish or bearish.

HOW I BREAKDOWN PRICE ACTION FOREX TRADING IN FIVE STEPS:

Up or down, just like a coin flip. For example, in a situation when the H1 tells me that price is likely to head lower (looks like a breakout), the D1 tells me that it’s still headed up. I always side with the higher time frames, so my prediction would be that short term we may be headed down for a fake-out and for a pullback on the daily, before it heads up again. (see pic below)

You can’t expect price to make new highs or lows all the time, it only happens in a trend. Be sensible with your profit taking, more often than not, the market is in a ranging phase as opposed to a trending phase. Knowing the current state you’re in will let you know and anticipate how price will move.

Price can only move so much in one day, before it stops at the end of the session. Since forex is a 24/5 market which starts from Asian to London and ends at the New York Session, therefore you need to be able to identify which level is the one at play for the day, at least for me. I trade based off the H1, and on average there’s usually one setup per day. Therefore I’d already know before hand which level to keep an eye on.

WHAT WOULD PRICE DO? BREAK OR HOLD?

Up or down for direction, break or hold for levels. How simple can that be? In my observation of the relationship between price and levels, only one of the two can happen. The level holds for a bounce, or breaks. Beware of another condition which is fake breakouts, also known as fake-outs, when price “pretends” to break a level only to reverse immediately.

HOW TO PARTICIPATE IN THE MOVE:

Before the move happens (aggressive) or after the fact (conservative). If you need to see price move in your favor before taking an action, you’re waiting for that confirmation in price, therefore it’s a more conservative entry. At times I’d do that, while other times I’d enter expecting price to move a certain way, before the actual move happens. Both have pros and cons and it comes back to your trading personality. Entering aggressively allows for an earlier entry, with better risk to reward, but a lower win rate. Entering conservatively allows for a higher win rate but the risk to reward ratio wouldn’t be as good. There isn’t a perfect way to enter and the key is to accept the risk should the trade goes against you, with your money management rules in play.

For now, focus on the five steps of price action trading I’ve written above. We’re not gonna cover exits yet, cause it’s a long and comprehensive topic 😉

I have kept things really simple from the beginning and all I need to see is price/candlestick charts, plus the CCI. I use the CCI as an indicator to filter out noise and gave me that trigger, when price becomes oversold or overbought. Being a discretionary trader, sometimes my subjectivity gets in the way and I need to trade what I see. Having this CCI as a trigger definitely does the job well!

The other thing I love to take trades off are divergences, but more on divergence trading later.

Here are some trade examples which I’ve picked to illustrate the point better. Yes I cherry picked them for example’s sake.

Weekly points to the downside, anyone would be able to see that it’s the direction its headed. Continuous lower highs and lower lows also forms on the Daily and H4. The level marked on H1 was previously support that became resistance. We strike with the CCI as it becomes overbought.

This was what happened. An equal low was made and price returned back to the level to test it. Notice that the CCI became overbought once more as it tested the level for the SECOND time.

A few hours later it finally made a new low.

H1’s view. Also notice that the 00 and 50 lines can act as support and resistance levels.

Direction points to the upside on the H4 and the higher time frames, I wouldn’t consider taking  a short after a continuous push to the upside for more than a month. This tells us that fundamentally there is a cause which triggered such a move.

The level on H1 has been marked. We’d wait for the CCI to be oversold for our buy trigger and wait for price to coincide with the level.

Level was respected, though a new high is not made yet.

Those are some examples to illustrate my price action trading style, combined with a technical indicator. Clean charts, just price and some key lines.

In conclusion, you don’t need to win all the time or capture a whole move to be a consistently profitable trader. You just need to make sure that your winners are bigger than your losers, and try to be right in guessing the direction, more often than not. Cheers to your trading success!